How to replace a MacBook 13.3 Screen 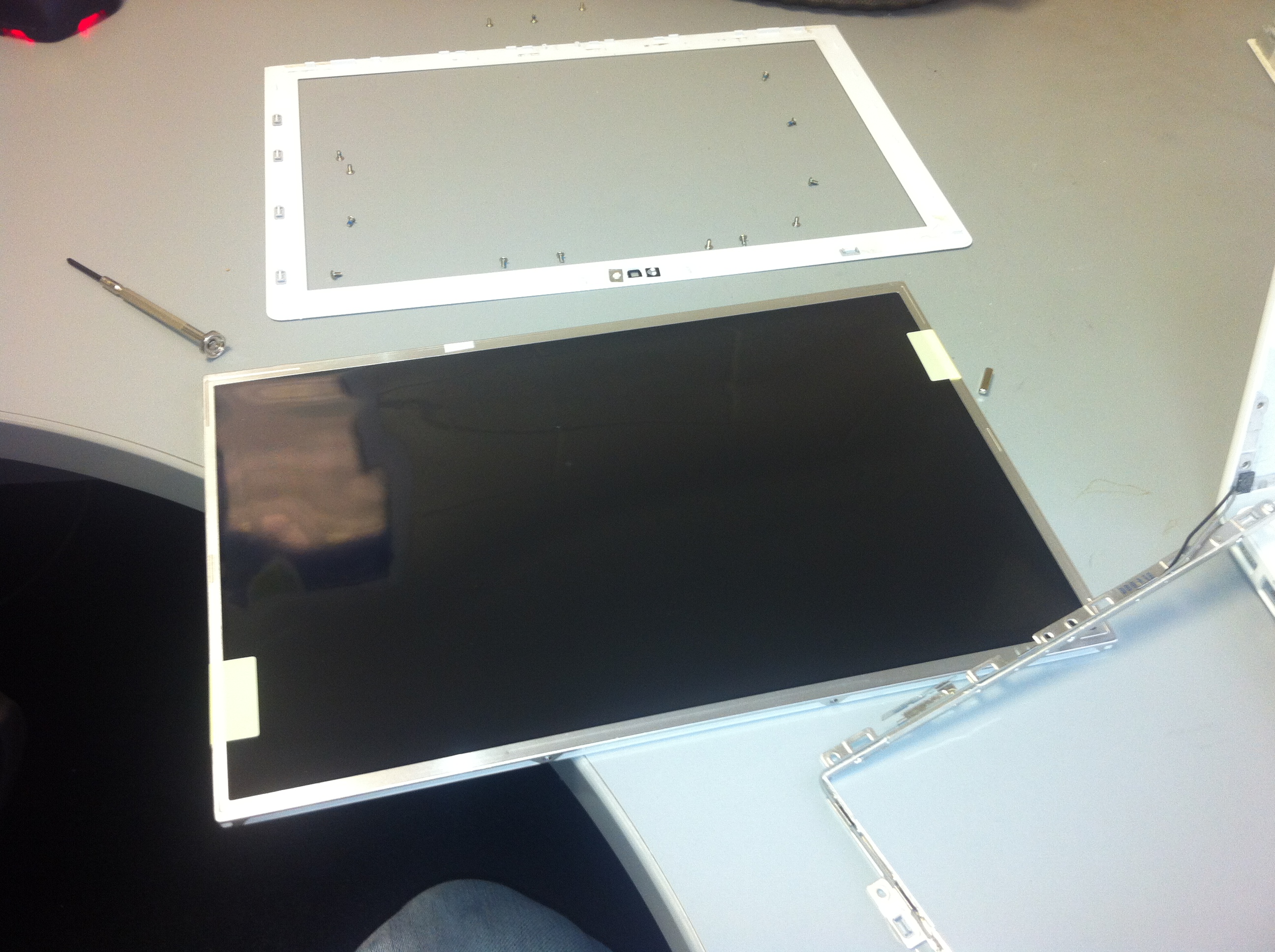 A client recently brought us a MacBook, the screen was badly damaged and needed replaced.  We decided to document the process and post it here to help anyone who needs to replace their MacBook screen.

This image shows the extent of damage to the screen, the laptop was dropped and the screen smashed. 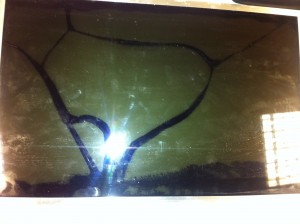 First things first, we need to remove the battery, use your flathead to turn the notch at the underside of your MacBook and take out the battery. 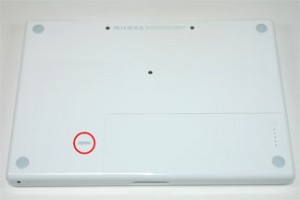 After the battery has been removed, let’s begin removing the Bezel, start by sliding the flat head screw driver (any item that is solid and thin can be used, such as a guitar pic) into the base of the Bezel, gently pop the bottom of the Bessel open and slowly continue, making your way around the whole of the Bezel, be careful not to damage any of the tabs on the bezel, as that would make putting the bezel back on later that much more difficult. 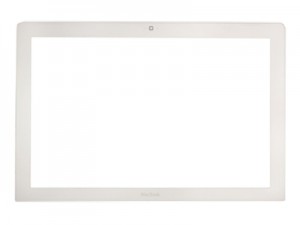 With the Bezel removed, you will now be able to see screws located at the sides, bottom and top of the screen, remove these screws and set them somewhere safe.  It is a good idea to use the bezel or to draw an image of the screen , and use it as an outline of the screen and place the screws on the image so you remember where to screw them back in. 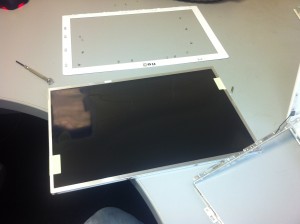 After you have removed the screws, tilt the screen out a bit, bringing the top of the screen towards you, be careful not to pull it too far, as there is still cables connected to the back of it.  You should see more screws which will need to be removed, these screws are smaller than the other ones, make sure you don’t mix them up.  There is also a small magnet attached to the side of the screen, remove this and set it somewhere safe, remember exactly where it needs to be placed.

Another smaller magnet is on the left hand side of the screen this controls a switch/sensor, this sensor detects when the screen is closed and tells the Mother Board to turn off power to the screen, very important to replace this when putting everything back together. 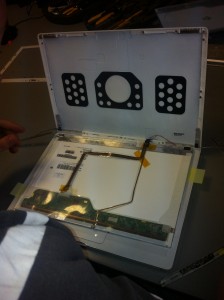 With the screws removed, lift off the outer casing of the screen and set the screen down flat, notice the tape (usually yellow) peel this tape off and carefully remove the cables that are plugged into the ports on the screen. 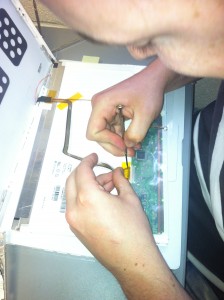 And now you are ready to add your new screen! Just go through the steps in reverse order. 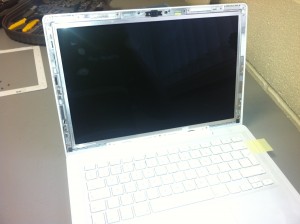 If you encountered any problems and need additional help, feel free to contact us!

As the old one wasn’t working – this part takes power from the mother board and reduces it to power the screen. I noticed after replacing the screen it was working but was not back-lit, no back-light.

A new LCD Inverter board cable

This tiny cable sits on the white hinge, which is used every time the screen is opened and closed. Over time and lots of opening and closing, this tiny cable becomes frayed and can lead to problems, Usually Mac will repair this themselves if you have Apple Care. I had to order this part and was slow to deliver but it worked as described and was over £50 cheaper on ebay than from Mac Authorized re-seller or Amazon.

I had to source a new screen from Amazon, I could have purchased this screen from many locations and companies, I chose Amazon for their swift delivery and warranty.