Oin Interactive recently had to repair a pair of High Quality Headphones. They were Sony MDR v700 DJ headphones. With only one lead going into a single ear speaker. This is preferential for Dj’ing as you cant have leads trailing all over the place when your hands are moving around trying to manage everything.  The headphones had the wire cut off at the bottom and were useless for over a year

When researching this, it seems most earphones could easily be replaced because it is only 2 wire Positive(+) and Negative (-). But sony in their wisdom have 4 wires and cotton thread in each wire and around all the wires, making them very flexible and sturdy and built to take alot of pulling and twisting.

We began by cutting the end where the wires had already been cut. To make a clean connection take about 5cms off, then using wire strippers begin by taking about 2cms off the end using the wire strippers. Try to see the colours Red Green Black and white.

(if your colours are different its ok). Then I had a spare jack-jack 3mm and decided to donate this to the project. I cut this close to the working jack end. Then stripped it down to just the 2 bare wires, and the copper sheath that is the GND(ground wire). I then took out the soldering iron and heated that baby up. Few quick moments of soldering and the job was done. I used a software program called Audacity to generate some white noise and play it in loop and as soon as the solder had melted, you could hear the white-noise coming through the left speaker and then the right. All that was left was to tape everything up and then pick some good tunes to listen to.

The following pictures explain it all. 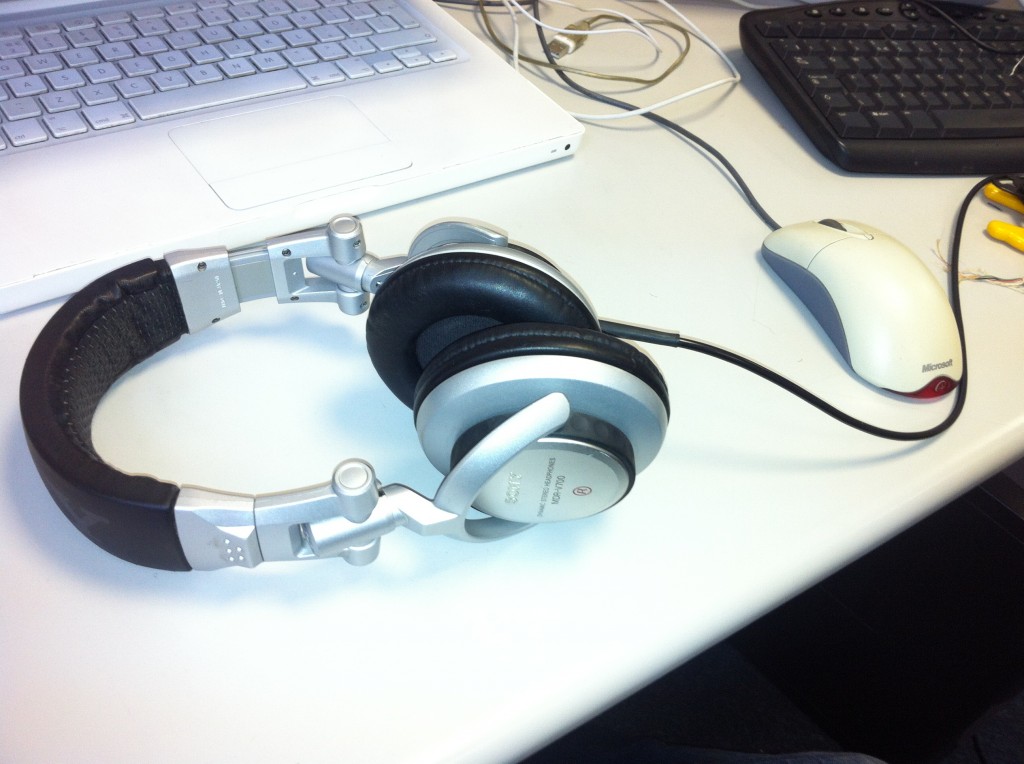 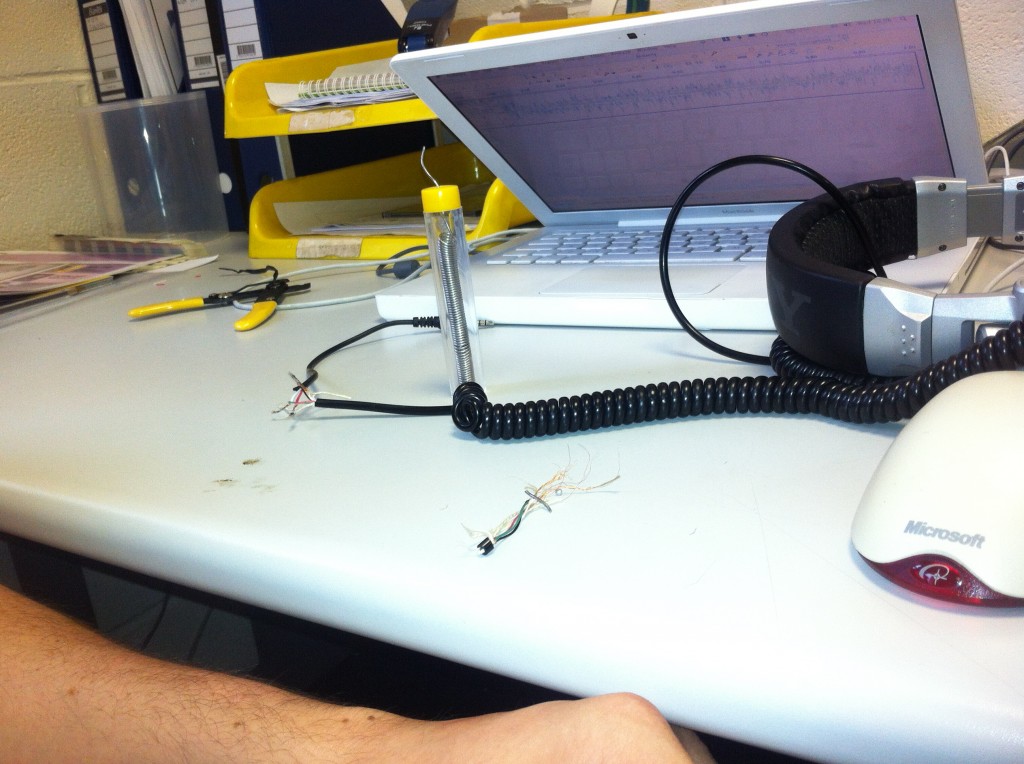 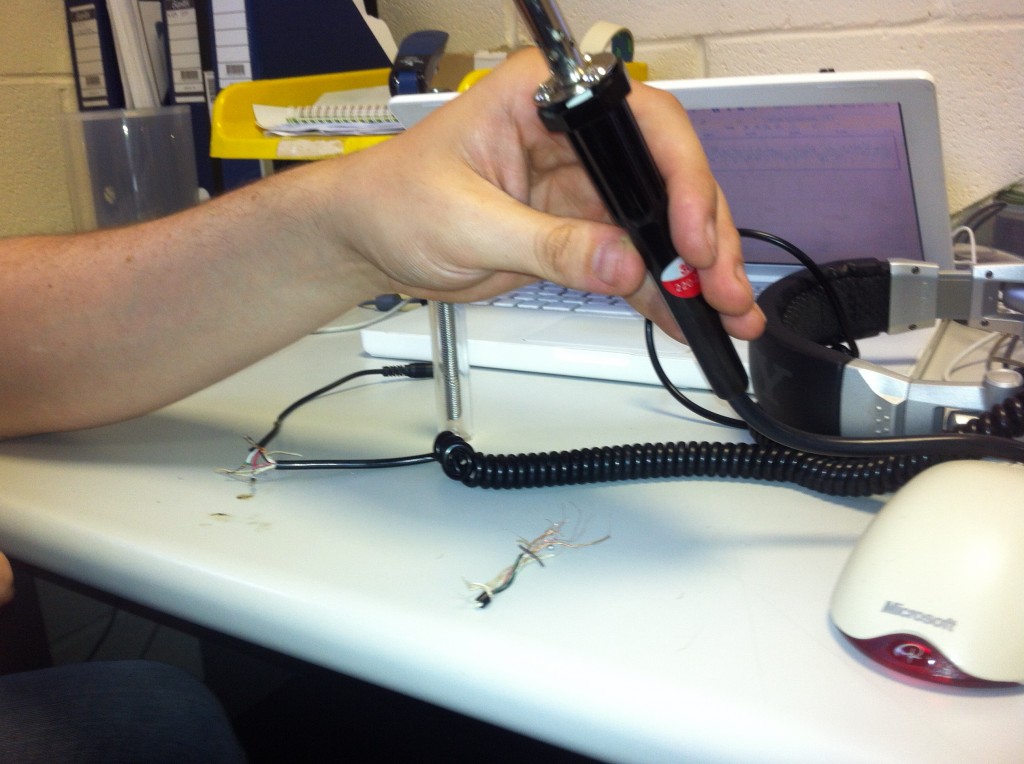 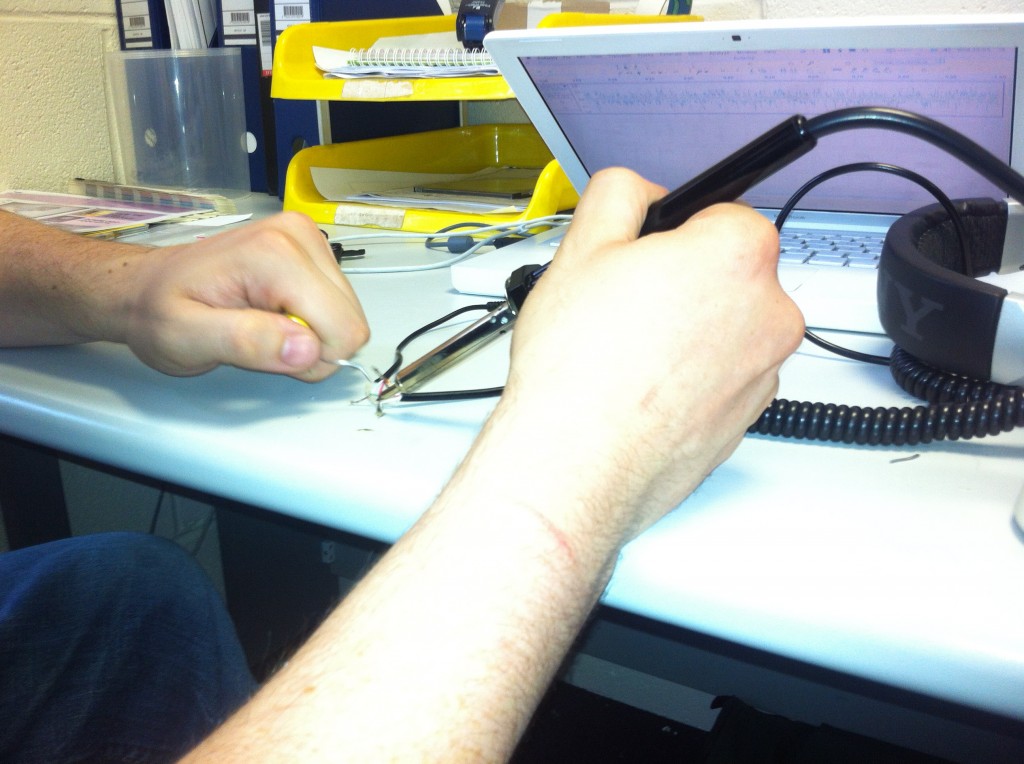 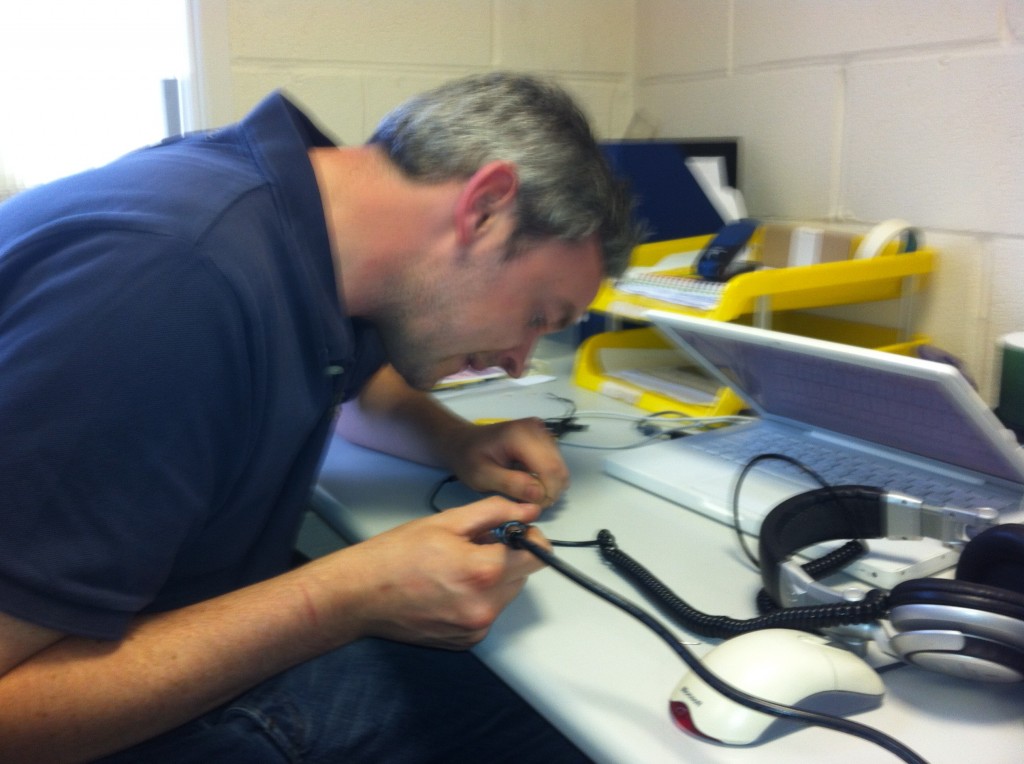 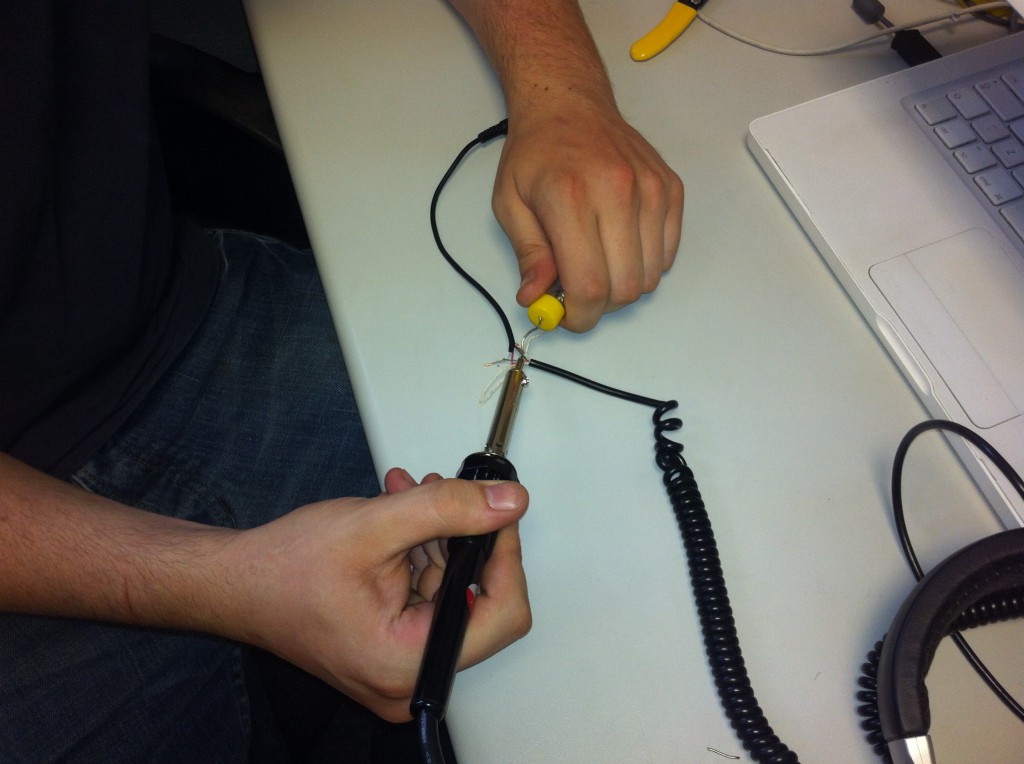 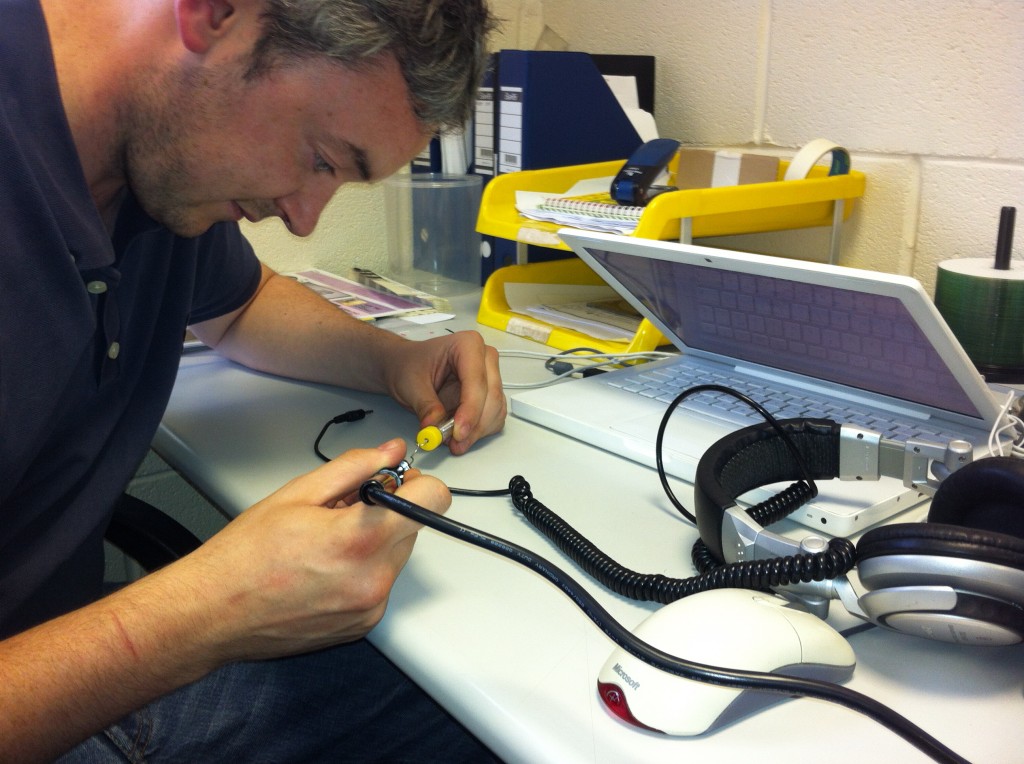 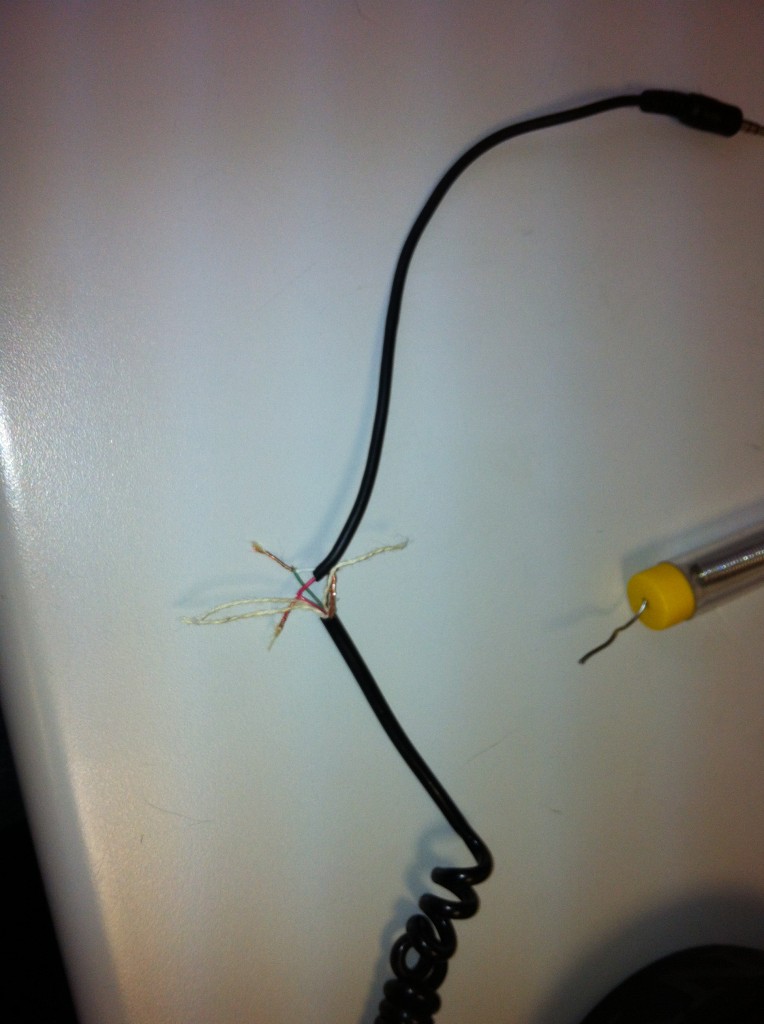