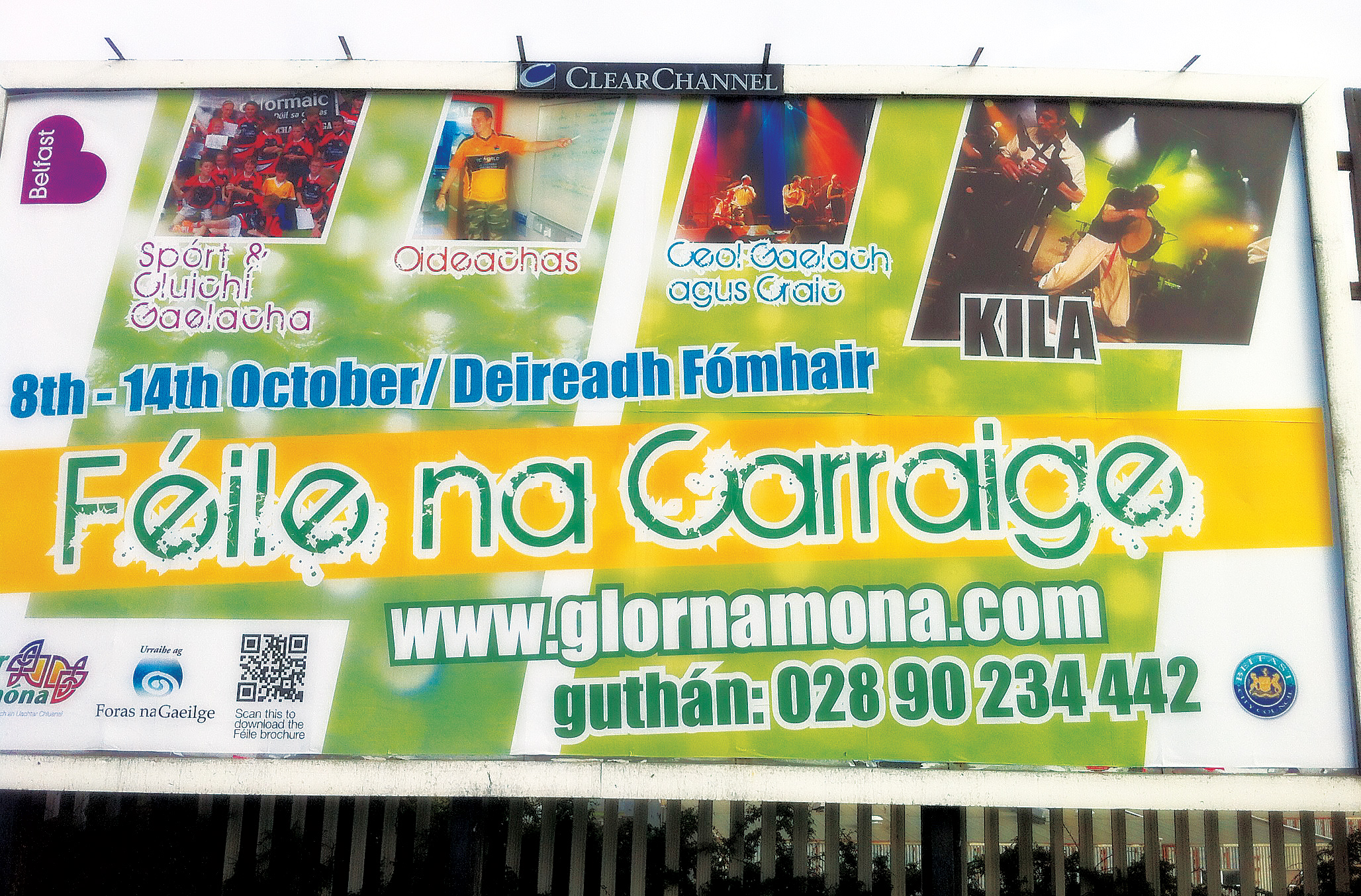 Féile na Carraige kicks off with a Splash of Colour.

This week Oin Interactive finished a Billboard design for a client based in west Belfast.It has been a year since we did a large scale billboard design, the last one we did for for the Environment and Heritage Society, so it is one of those design jobs that only comes up every now and then. There’s nothing better than driving about a city or town and seeing a billboard that you designed on the wall.

There is something that needs to be explained though, creating a billboard for design purposes and actually getting the billboard printed and mounted  are completely different things altogether. You will find yourself dealing with a number of other companies to get the billboard printed. During the design process we had to liaise with another Belfast business called Clear Channel. www.clearchannel.co.uk, they were responsible for the printing and installation part of the job. We created the graphics and the Artwork, the Graphic Design. 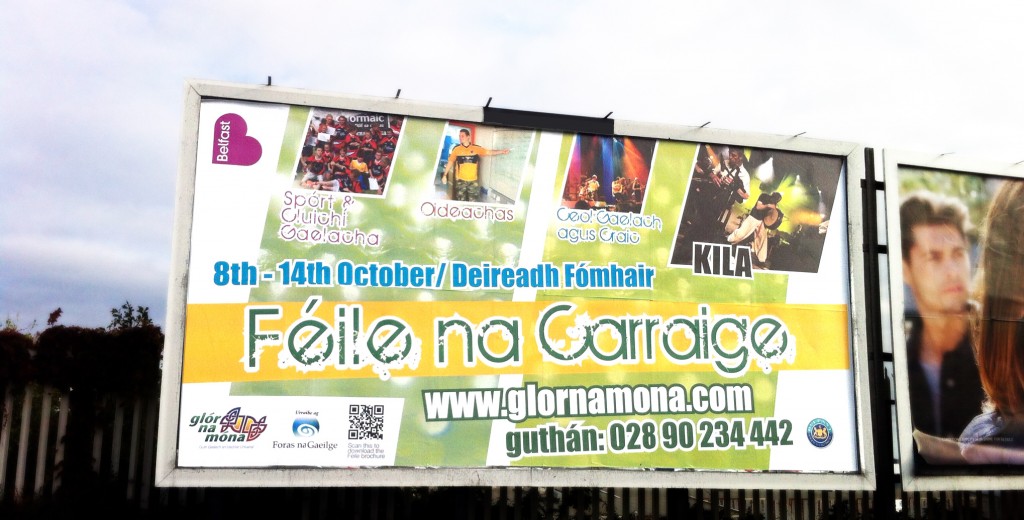 The design we used also featured throughout the marketing campaign of the Festival (Féile). We had to create various pieces of artwork for the widest possible distribution of the event, among the public. Such As:

These billboards are on show until the 15th of October 2012 and are in three locations in Belfast. Co Antrim.